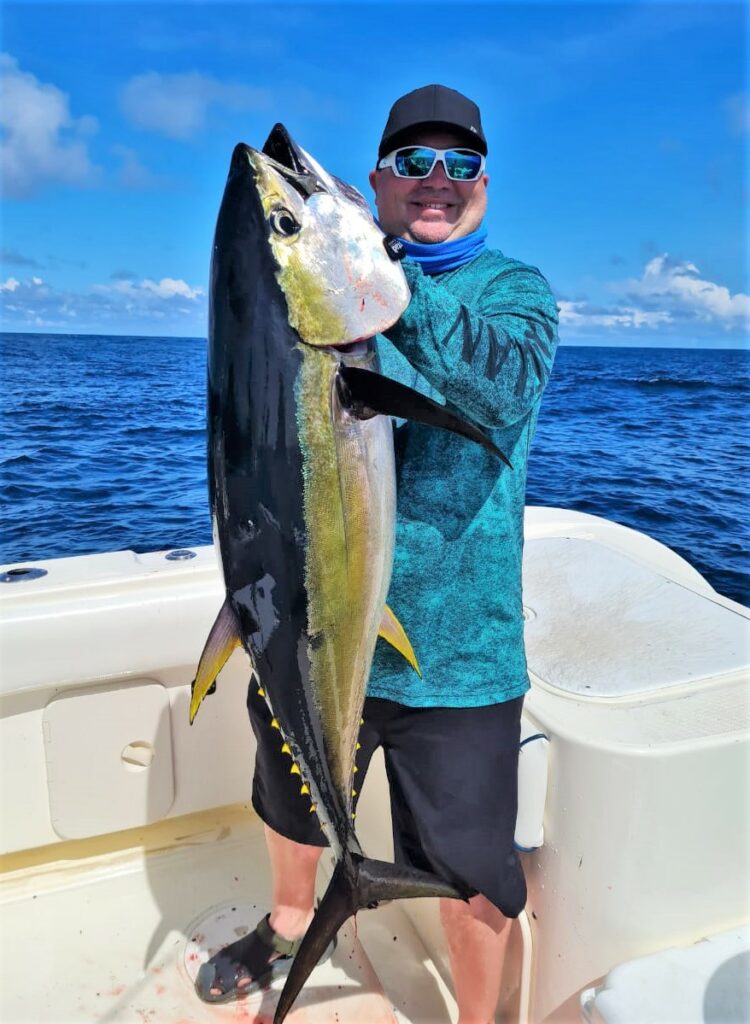 How Big Is a Tuna Fish and How to Catch One

One of the most epic big-game fishing experiences you can have anywhere in the world is catching tuna. But this can be easier said than done because of the size of these fish and the challenges of catching them.

From your local fishing experts in Panama, here’s a look at how big a tuna fish is and how you can catch one of your very own.

There are different kinds of tuna fish, but the largest kind is the Atlantic bluefin, which can get as big as 10 feet long and weigh up to 2,000 pounds. However, most tuna weigh somewhere between 40 and 500 pounds and are between three and 10 feet long. Other types of tuna are the skipjack, yellowfin, albacore, and bigeye.

In addition to the tuna’s large size, there are many other things that make this fish unique. They are sleek, fast, and have torpedo-shaped bodies that help them move swiftly through the water. These fish have been known to swim as fast as over 40 miles per hour. Also, tuna fish can swim very long distances and migrate across entire oceans to feed and breed. They have a unique way of regulating their body temperatures for these long swims and are among the most prized catches for culinary purposes.

How to Catch Tuna

We specialize in fishing for yellowfin tuna in the Gulf of Chiriquí, Panama. During their migration, these fish reach Hannibal Bank around late March, and yellowfin tuna reaches its peak here between April and June.

To catch a tuna fish, we use live bait, jigs, cut bait, poppers, and trolling methods. These fish are challenging (but oh-so-rewarding) to catch, so we sometimes need to throw everything we have at them to see what works on that particular day. Casting poppers is especially exciting when you’re on the hunt for yellowfin tuna, but this can be a brutal battle, so make sure you’re in good shape to get the job done!

One of the best things about catching tuna on a Boca Chica fishing charter is getting to eat your delicious catch at the end of the day. One typical dish in Panama is tuna and onions, which is a simple dish with a perfect contrast of flavors and textures. With this dish, you cut the tuna into two-centimeter squares and sauté it in a pan along with onions, garlic, olive oil, sherry vinegar, salt, pepper, paprika, dried oregano, and a bay leaf. Tuna is also used to make ceviche, which is popular in Panama as well.

Catch Your Own Tuna Fish with Us

If you want to catch a tuna fish and try freshly caught tuna prepared by our expert chef in the true Panamanian traditions, book your trip with us today! We can’t wait to show you everything we know about these amazing fish and have you stay at our unique Panama sport fishing lodge for your next adventure.